SAFETY: The generator is fitted with five safety valves. One is fitted on the gas outlet frame, one of each of the flash arrestors and one on each of the carbide Hooper. The bottom of the generator is fitted with an air-operated drain valve which discharge slurry in response to the slurry level is high. There is a water inlet valve, which opens in response to the temperature of the slurry.

2. Cooler condenser:
The cooler condenser cools the acetylene gas having the generator, which is hot and laden with moisture and other gaseous impurities.

3. Low pressure Dryer:
This is a pressure vessel charged with solid anhydrous carbide which absorbs the moisture in the gas.

5. Ammonia scrubber:
This equipment has a vertical vessel filled with a level gauge and water make-up line. A particular as marked on the level indicator has to be maintained. The ammonia scrubber all the water soluble impurities like ammonia. 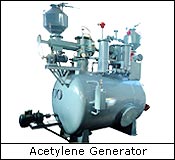 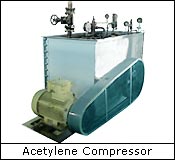 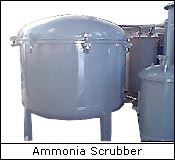 7. High Pressure Dryer:
The high pressure dryer consists of three columns. The first column is filled with packing to avoid any void and for proper mixing and the second and third are filled with anhydrous calcium chloride.

9. Acetone Pump:
Acetone pump is supplied along with the plant for charging acetone in cylinders.

11. Level controls:
Level controller maintaining a particular level in the generator. If the level is above normal, water can enter the carbide hop.

12. Level alarm:
The pressure inside the acetylene generator is controlled by a meteoroid switch.

13. Pressure alarm:
This is the important part for the safety of this plant. A pressure switch is connected to the alarm system. 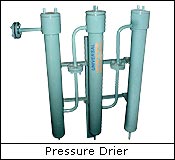 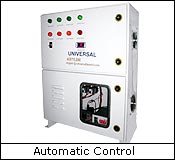 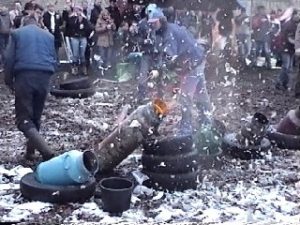